Download roadmap PowerPoint templates to use in your next presentation. A roadmap diagram is commonly used in Project Management to provide a clear overview of a project including tasks and milestones. Select from our frequently updated range of PowerPoint roadmap diagrams and templates. All are easy to download and can be edited to suit the needs of your business. 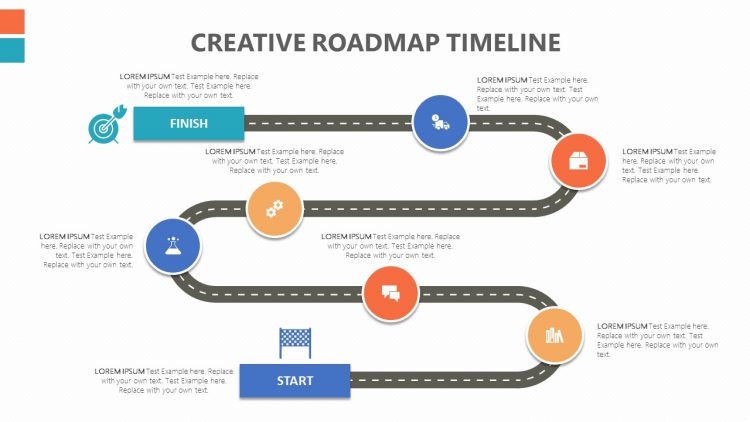 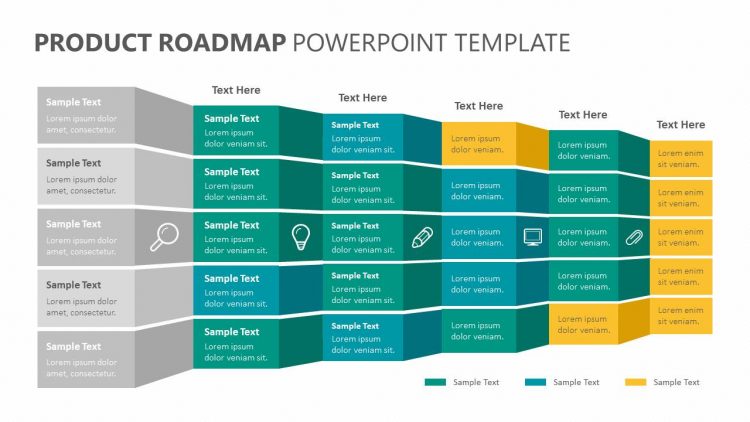 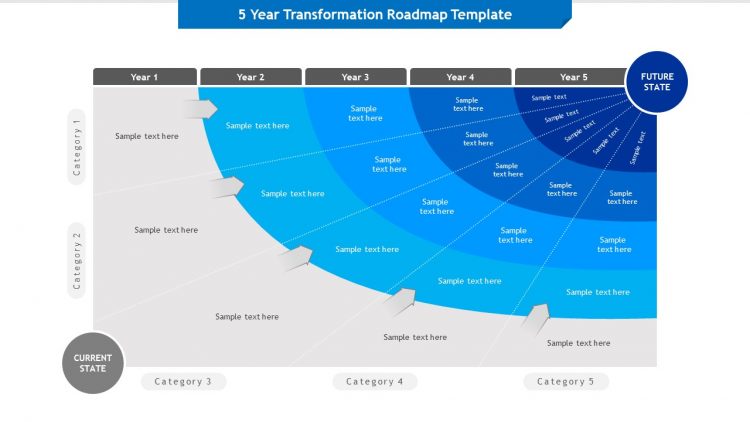 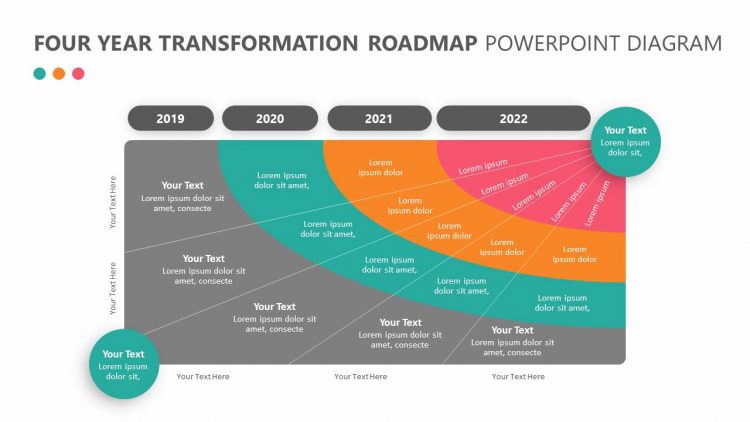 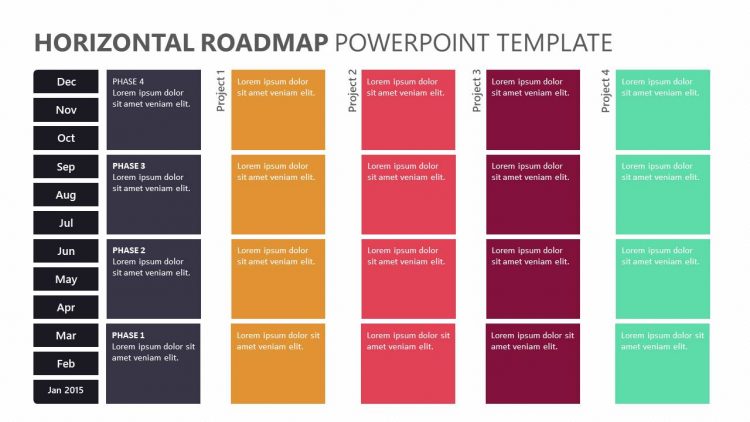 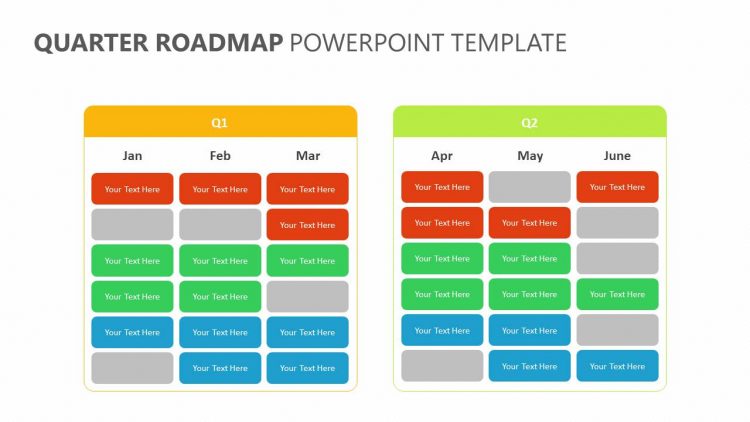 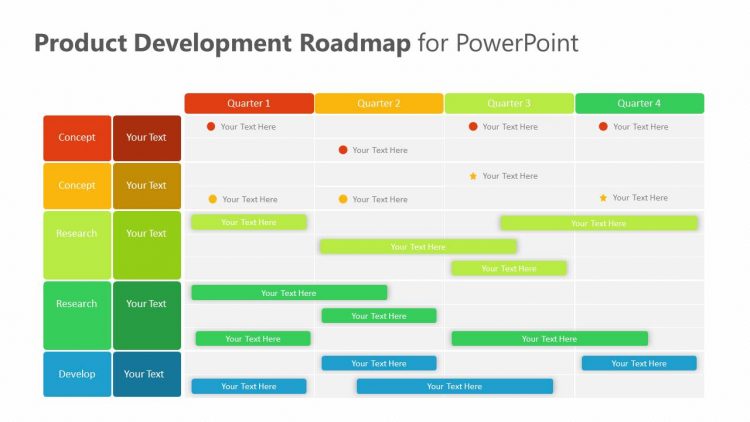 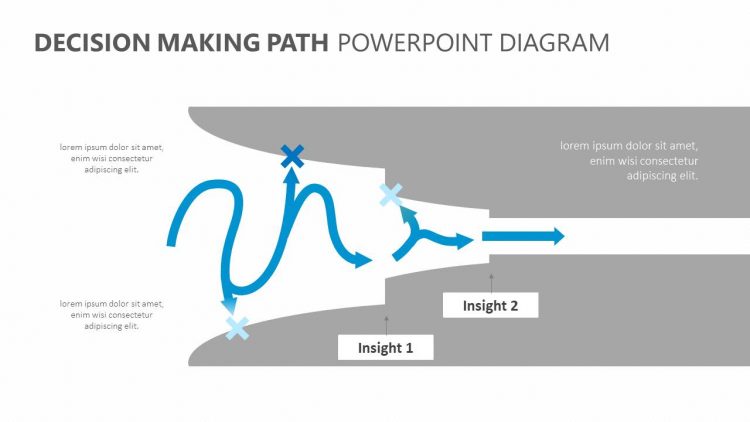 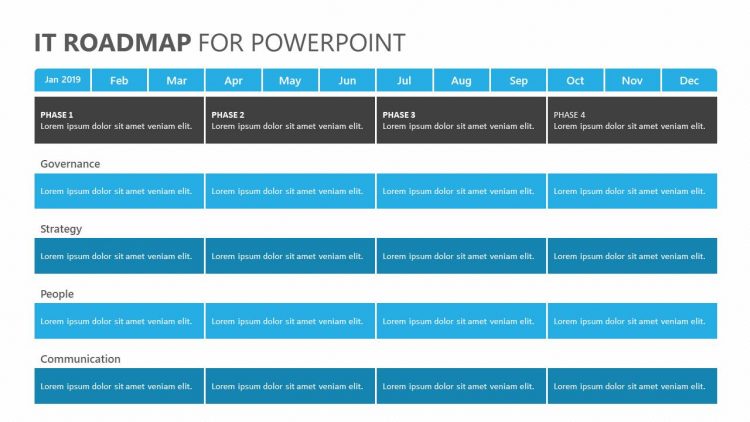 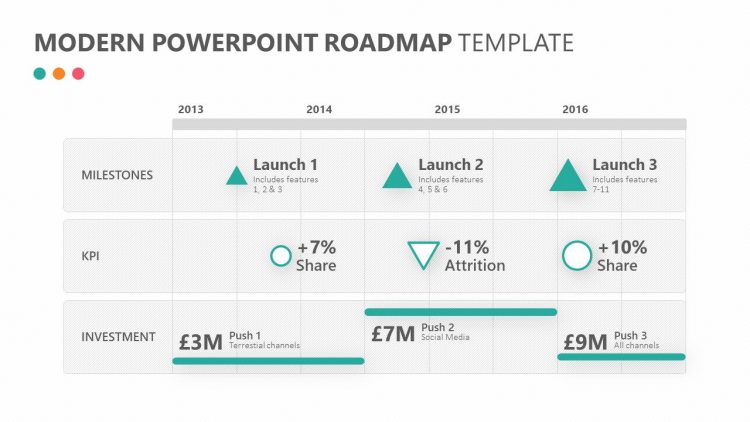 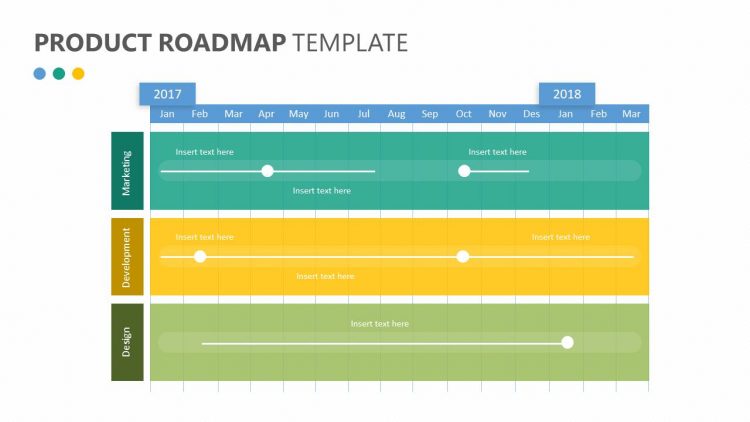 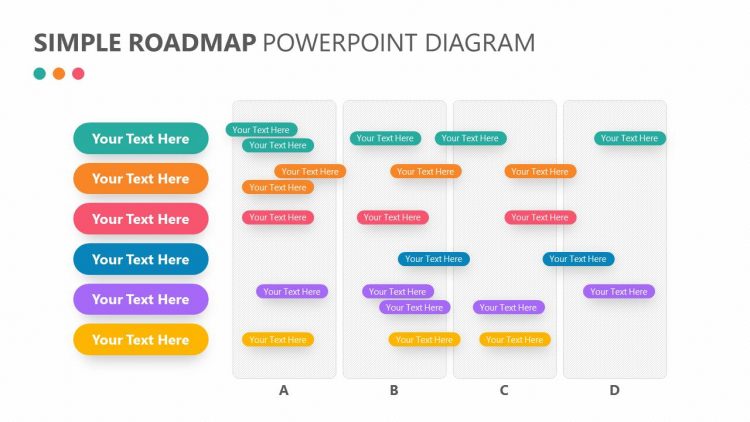 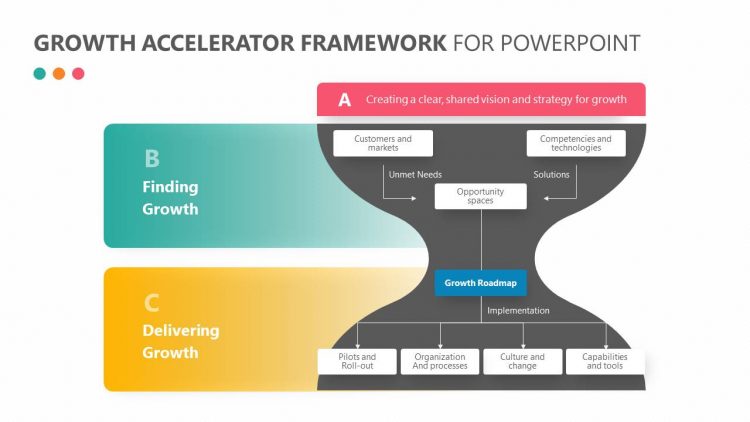 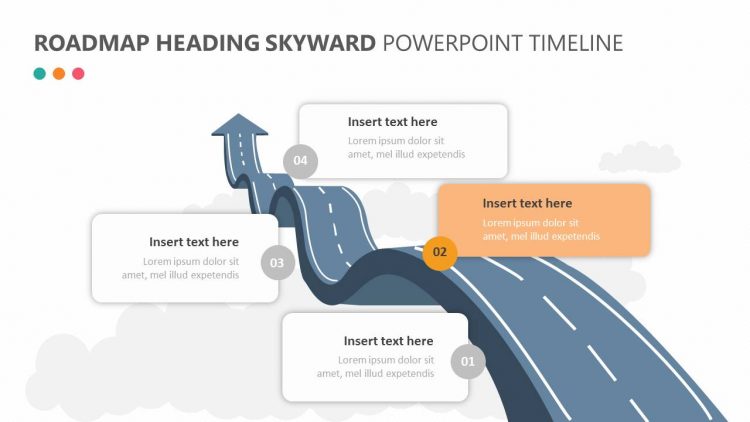 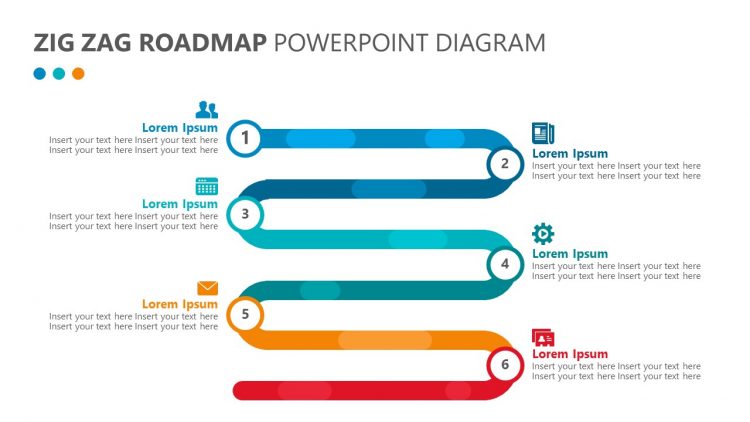 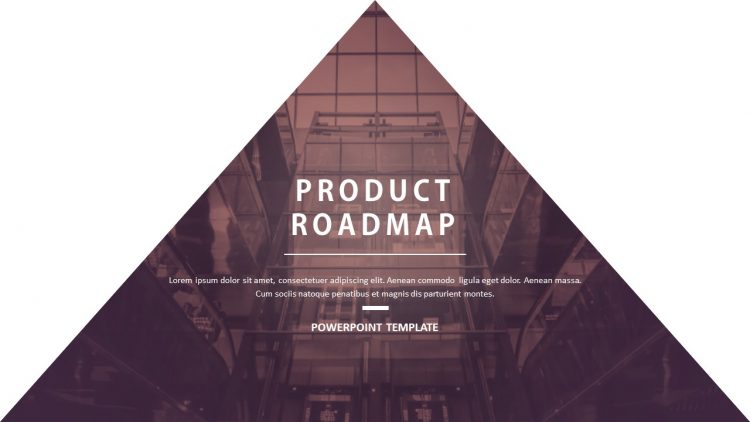 Chances are if you have seen a PowerPoint presentation on an upcoming project, how a concept works, or the progress toward a specific goal, then you have seen the Roadmap. The Roadmap is one of the most common of all visual displays that convey important information in a single graphic presentation.

The use of the Roadmap as one of the most common visual aids has a long history. It is also a centerpiece of bringing people together around a concept or project that is being planned. Understanding how a Roadmap works begins by examining what makes up this unique visual graphic.

What is a Roadmap?

Put simply, it is a series of short, informational words or sentences that are connected from the start to the finish. Because the final result looks like a road, the term “Roadmap” was coined.

Roadmap diagrams can be that of a single road or multiple roads depending on the type of concept or idea that is being presented. However, the distinguishing feature is that all Roadmaps have a beginning, middle, and ending. Meaning that there is a starting point, the things that happen along the way, and the ending. All this is connected using a road or line to show the progression.

How are Roadmaps Used?

For the most part, Roadmaps are used to demonstrate how concepts, projects, or ideas come to fruition. Whether they have already happened or are being planned, the Roadmap is a visual graphic that is frequently used to describe different points from the beginning to the end.

An example would be the proposal of a new project, such as the construction of a house. When presented as a Roadmap, the graphic would start with the selection of the land, followed by the gathering of materials. Then it would proceed to the construction itself where the foundation is poured, the framework of the house is put together, and the finishing touches are made.

All this would be presented visually from the start and leading to the finish with all the section connected by the use of a road. The same can be done for many other concepts that describe an idea that is being planned. Plus, it can be used to demonstrate how an event occurred by showing how it started and all the things that led to its creation.

History of the Roadmap

Although the visual concept of the Roadmap is most associated with modern presentations, it arguably goes back many thousands of years when builders, politicians, and the like visually demonstrated how to bring an idea to fruition through a drawing that may have resembled the modern Roadmaps of today.

While there is no single originator of the idea, it can be stated that the Roadmaps used in visual presentations such as PowerPoint go back to the use of overhead projectors, chalkboards, and even the dirt in the ground where people shared concepts.

Today, you can find the Roadmap used in many different presentations. It is still one of the most used visual concepts and arguably will never go out of style.

Do you want to learn how to insert an animated GIF into PowerPoint? Perhaps you... 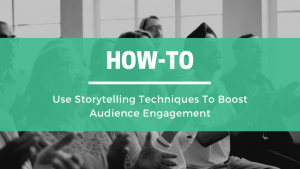 How To Use Storytelling Techniques To Boost Audience Engagement

There is substantial power in good storytelling. It is an innovative marketing strategy and a... 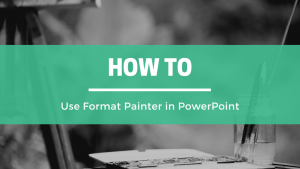 How To Use Format Painter In PowerPoint

Let me ask you a question… how much time do you usually spend designing presentations?... 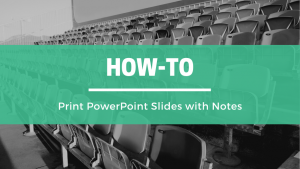 How to Print PowerPoint Slides with Notes