Browse our selection of PowerPoint flowchart templates available for instant download. Emphasize a process’s direction and movement from its beginning to its accomplishment with a flowchart. Use our editable flowchart templates and diagrams to quickly and easily incorporate them into your own presentations. 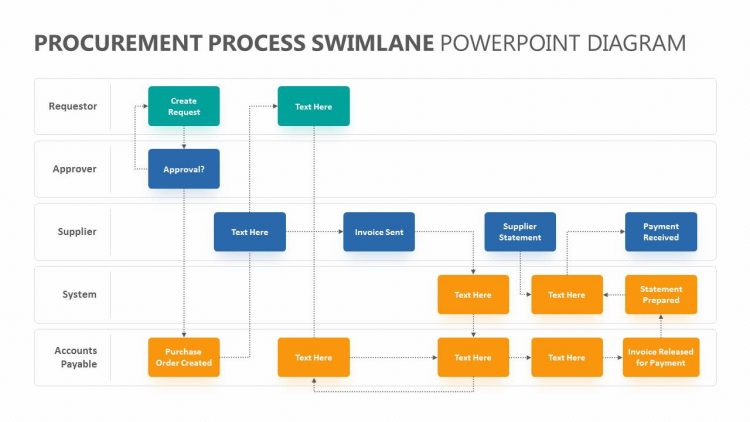 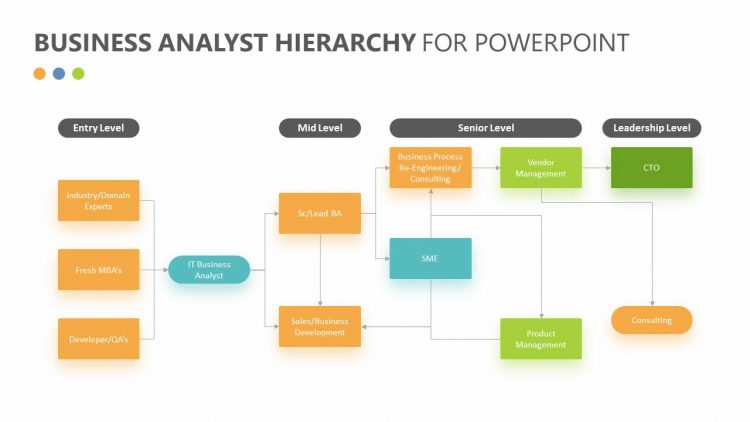 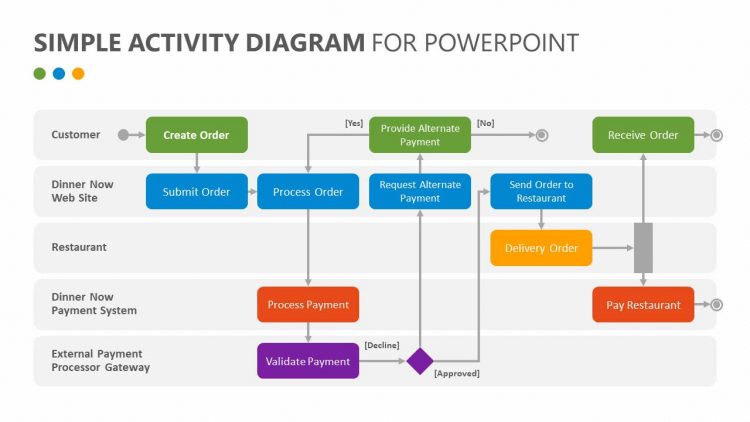 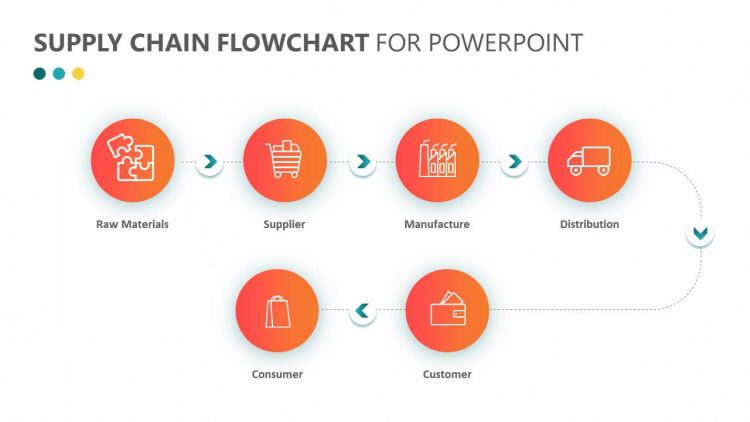 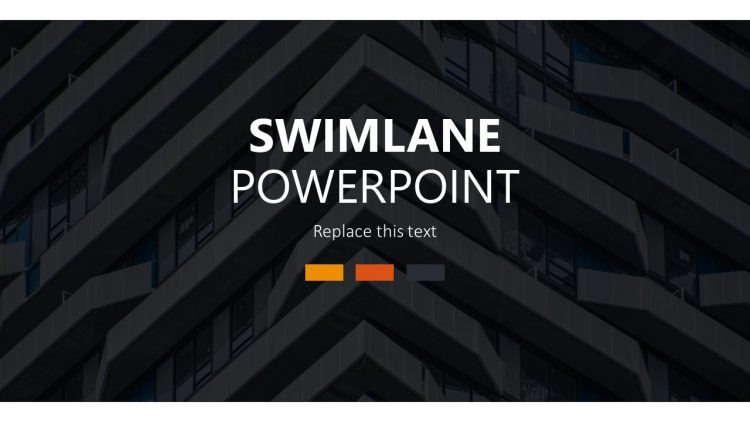 What are Flow Charts?

Put simply, is the flow of work put into diagram form. A visual representation of a process that proceeds step by step in explaining a particular task. A standard flow chart can be recognized from the use of boxes with arrows that start at one concept and work their way towards the end. Flow charts are often used to identify and solve problems using a visual format.

How are Flow Charts Used?

Flow charts are used for industrial, commercial, and even personal use. The range in which flow charts are used is not quite infinite, but safe to say that they appear in many different forms and concepts. From how to repair a device to how an object travels from one point to another to demonstrating how to achieve certain goals and more, flow charts have a wide variety of uses.

The boxes or circles used in flow charts are used to contain ideas. Each idea is then connected to the next one through the use of an arrow. For example, the first box may say “device does not work”. An arrow pointing from the first box to a second box that asks, “is the device plugged in?”. This is followed by two arrows, one pointing to “yes” and the other to “no”.

The use of flow charts is quite common in PowerPoint presentations along many different subjects. They basically visualize the analyzing process that helps people better understand designs, problem solving, or managing process at work.

The basic flow chart has been in use for thousands of years in one form or another. Although the exact origins are not known, anyone who has diagramed how a process works has created a flow chart in some manner.

The modern version of the flow chart can be traced to the husband and wife team of Frank and Lilian Gilbreth. Their presentation called, “Process Charts: First Steps to Finding the One Best Way to do Work” was delivered in 1921 to a meeting of the American Society of Mechanical Engineers. It was not long before their concept of flow charts were being used across many different industries.

One of the more prominent companies to use the flow chart concept was Proctor and Gamble. Thanks to the work of Allan H. Morgensen, an industrial engineer who began teaching the use of flow charts for various businesses, major companies began to use them in their everyday work starting in the 1930s. By the time World War II had ended, flow charts were becoming commonplace around the world.

However, the advent of computer programming is what really accelerated the flow chart system. Although today the practice is less common thanks to the development of other programs which are considered extensions and improvements over the basic flow chart system.

Today, flow charts are still being used in a wide range of commercial and personal ventures. The relatively simple design and accessibility makes the flow chart a baseline for improving efficiency, identifying potential issues, and regulating work flow around the world.